Behind the Scenes: Access to Food in the Time of COVID

The agribusiness sector has proven particularly resilient. How have Latin American food production value chains fared during the crisis and what strategies are they taking to confront new challenges?
GUILLERMO FOSCARINI
AUGUST 14 2020 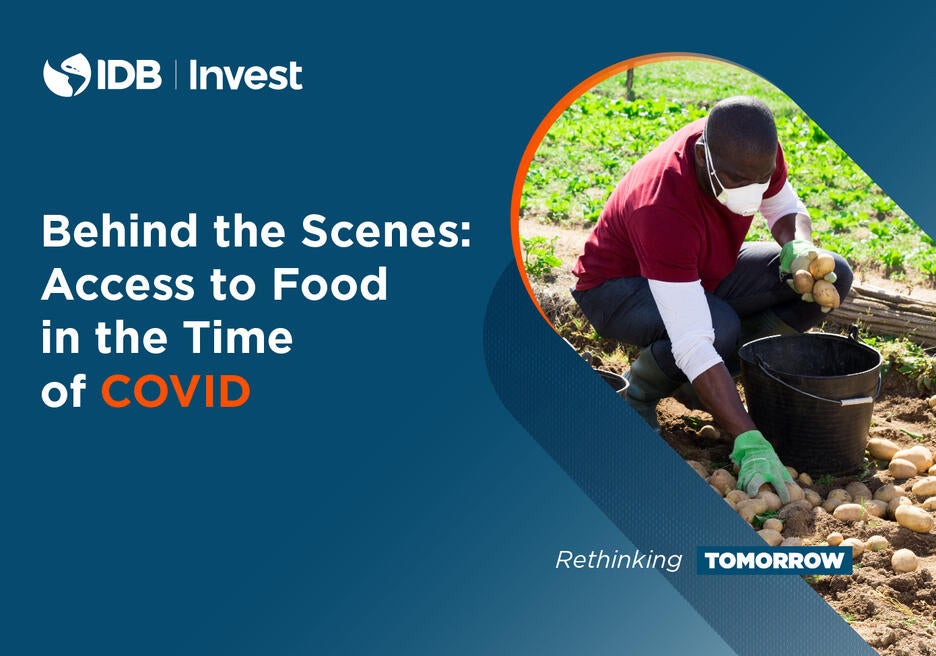 Food has taken center stage during the coronavirus pandemic. From its designation as an essential sector to empty supermarket shelves caused by initial consumer panic and long lines at food banks, we are now more aware of where our food comes from and how quickly it can become scarce. But what has been happening behind the scenes in the region’s food supply chain during the first months of the crisis? What strategies should agribusinesses take to weather the storm?

From our analysis of various reports on this topic and interviews with our clients in different Latin American agribusiness sub-sectors, we can say that the sector is one of the most resilient. The fact that it could continue to operate during lockdowns—a clear benefit with respect to other sectors—meant that companies had to implement changes against the clock to reduce contagion risks and overcome logistical disruptions. At the same time, changes in local and external demand required major adjustments to key production decisions.

At an operational level, border closures and greater controls on domestic cargo created logistical challenges for accessing plants, markets and inputs, leading to a surge in fresh food waste. In Argentina, for example, some areas demanded that trucks be changed when crossing internal borders, which ballooned costs and decreased product value. Similarly, bottlenecks in some ports, such as in China, meant that containers full of grapes could not be unloaded in time, wasting tons of fruit. In addition, the rising cost of air transport led many exporters to switch to sea freight, complicating matters for perishable products such as avocados and blueberries.

As contagion spread across the region, processing plant employees became more vulnerable to infection given their higher level of exposure compared to field workers, a threat that could potentially jeopardize operational continuity. This led companies to create crisis committees and develop strict protocols in record time. With these new protocols came higher operating costs in terms of health care expenditures, the need for more shifts in plants and canteens, as well as more buses to transport employees. Combined with the new protocols, the need to build up inventories of finished products and anticipate raw material purchases also spiked operating costs, eroding EBITDA margins between 2 and 5 percentage points on average in some industries.

Aside from operational difficulties, demand shifted at a rate seldom seen before in the industry. The abrupt closure of hotels and restaurants and the cancellation of events around the world caused the HORECA (hotel, restaurants, and catering) food sales channel to collapse. In contrast, the retail channel soared, due to the initial hoarding response of consumers and increasing household food consumption.

This created both winners and losers, demanding quick responses from food producers to redirect resources from troubled sectors or market niches to meet the new areas of demand.

Canned food, legumes, and frozen foods were clear winners. So were some fruits such as citrus, due to their high vitamin C content. Animal protein and certain fruits and vegetables were severely impacted by the disappearance of the HORECA channel and reduced household incomes, which forced families to switch to cheaper calorie sources. Biofuels—facing the collapse of oil prices and demand for transport services—and fish, normally in high demand by the HORECA channel, were hit even harder. Flowers, which depend on air freight, also suffered.

The disappearance of the HORECA channel also led to the suspension of export contracts, which meant significant losses for producers of perishable products such as pineapples in Costa Rica, and tons of food wasted, such as Central American melons.

Food producers and processors who were flexible and quick to adjust their production to the new reality by diversifying markets and products are navigating the crisis the best.

For example, investment in fractionation plants, as in the case of legumes in Argentina, and in the processing of fresh, canned, and frozen products, such as sauces in Peru, helped redirect supply to the new demand. Multi-product and multi-process companies, and those closer to their customers, had an advantage when it came to implementing or accelerating these changes. There was also a need for flexibility to diversify markets. For example, beef exporters whose access to premium European markets—heavily focused on restaurants—was shut down had to redirect their production to domestic or regional markets, with very good results in some cases.

There were also creative efforts to increase liquidity, where companies rapidly converted hectares of products affected by the drop in external demand (for example, flowers) into products with greater local demand, such as vegetables. Sales teams undoubtedly took a leading role: thermometer in hand, they had to effectively detect and accurately interpret changes in demand to then activate rapid shifts in production.

These strategies were instrumental for companies to maintain a healthy cash flow, especially agro-exporters. Yet, many challenges remain. While there is still great uncertainty surrounding the impacts of COVID-19 for the rest of the year, it is safe to say that the inevitable global recession will negatively impact the demand for certain foods. Against this backdrop, at IDB Invest we are determined to play a clear counter-cyclical role by significantly increasing our agribusiness investments to help energize the industry and accelerate its recovery. The food production sector will play a leading role in this recovery, contributing to food security in the region and ensuring access to markets for small and medium-sized agricultural producers.■

LEARN HOW IDB INVEST CAN OFFER YOU SOLUTIONS HERE.