Category A projects could result in potentially significant environmental and/or social risks and impacts, which are diverse, irreversible, or unprecedented that may extend beyond the boundaries of the actual project site or facilities. In principle, Category A includes projects which have significant impacts on protected or sensitive areas21 and/ or vulnerable groups.

Projected date at which a project will be put forward for the Board of Executive Directors’ approval.

Empresas Públicas de Medellín S.A E.S.P. ("EPM") is developing the Ituango Hydroelectric Project (the "Project"), an infrastructure project to significantly expand electricity in Colombia. Located in the Department of Antioquia, at less than one kilometer north of the Ituango River and approximately at 170 km from Medellin, the Project will be the largest hydroelectric generation plant in the country, with an installed capacity of 2,400 MW that will allow the generation of 13,900 GWh per year. The IDB Invest facility will support EPM's strategy through a 12-year non-sovereign guaranteed corporate loan, including a four-year grace period. IDB Invest's participation in this operation played a catalytic role in mobilizing new sources of long-term commercial financing for EPM.

Between April and May 2018, the Project and its surrounding areas experienced heavy rains which caused large landslides. These events coupled with the geological characteristics resulted in a blockage of this structure which caused the premature filling of the reservoir. A sudden temporary unblock of one of its diversion tunnels caused flooding downstream of the dam, a situation that led to the preventive evacuation of the communities’ residents in the area and generated unanticipated environmental effects.

As of August 2019, the Project's situation is as follows: (i) the spillway is in operation since March 2019; (ii) the dam height is complete at its final level of 435 meters above sea level; (iii) the first gate of the auxiliary diversion gallery has been reinstalled; (iv) the cleaning of the caverns of transformers, generators and surge chambers, which remained flooded for almost a year, is under way; and (v) the final closure of diversion tunnels is under way. At the end of July 2019, Colombia's National Disaster Risk Management Unit changed the risk level from red to orange for populations immediately downstream of the dam, making it possible for more than 600 families who were preemptively evacuated to return to their homes. As a result of the above, the Project timeline has been adjusted.

Learn more about how we provide private-sector solutions in the region.

This section provides the key environmental and social assessment documents produced by the client for this project.

Learn more about how we provide private-sector solutions in the region.

This enhanced project webpage seeks to increase IDB Invest's sharing of information on the Ituango Hydroelectric and updated efforts related to the project. 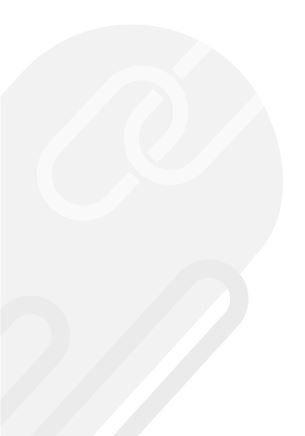 Alternatively, you may also use the following contact information:

Individuals or communities can submit complaints and concerns related to environmental, social, or corporate governance issues to the Management Grievance Mechanism by e-mailing mgm@iadb.org or by calling +1 202 312 4040.

As a last resort, affected communities have access to the IDB Invest Independent Consultation and Investigation Mechanism by writing to mecanismo@iadb.org or MICI@iadb.org or calling +1(292) 623-3952.