How Latin America is Leading in the Renewable Energy Space

Bold and immediate action is needed for businesses and economies to leverage the transformative power of the private sector as we strive to meet our net-zero commitments under the Paris Agreement.
James P. Scriven
NOVEMBER 02 2022

There’s this saying that people tend to overrate the way the world changes every year and underrate the profound ways in which it may change over a decade.

More than a quarter of primary energy in the region currently comes from renewables, twice the global average. From Costa Rica, where renewable energy sources account for 99% of its electricity matrix, to Brazil at 83%, countries small and large are increasingly powered by clean energy.

Just over the last decade, areas that were outside of the renewable energy revolution have embraced it completely: think of my native Argentina, where renewable energy covered less than 2% of total energy demand in 2012 as now accounts for well over 12% and rising; Guatemala has gone from 50% to 71%. 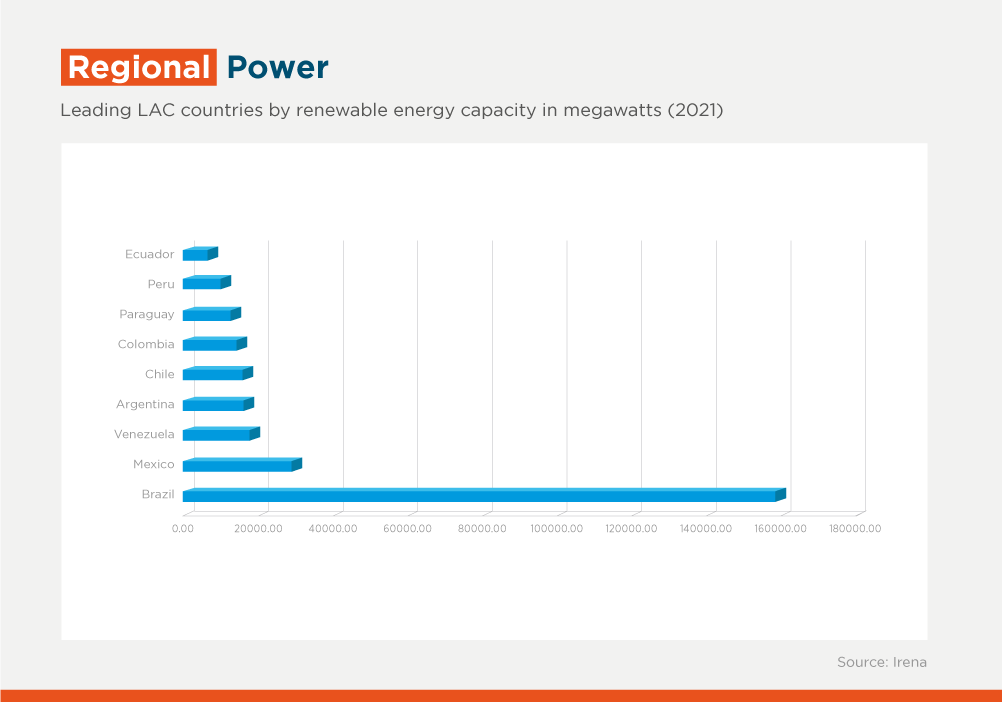 This is really impressive, but many countries in the region still depend on non-renewable energy. Bold and immediate action is needed for businesses and economies to leverage the transformative power of the private sector as we strive to meet our net-zero commitments under the Paris Agreement.

Our region has the potential to do much more. Taking advantage of natural resources such as ample sunlight and available land LAC can become the world’s leading renewable energy hub, as long as greater access to much-needed global capital and best practices is ensured.

That’s the rationale behind two of our most recent deals, announced over the last couple of weeks. We’re here to help launch worthwhile projects where you have the land, the right conditions, the passion and the ideas but you don’t always have the funds or the right expertise. These projects meet such criteria.

With the help of a loan of up to $300 million, ENGIE Energía Peru will build the 296.4MW Punta Lomitas greenfield wind farm south of Lima – the largest non-conventional renewable energy project in the country to date.

In Barbados, meanwhile, we are providing advisory services to ensure the Environmental and Social Impact Assessment for the development of Renewstable Barbados, a 50 MW solar generation facility with green hydrogen and lithium-ion battery storage. The new facility will provide stable and clean electricity supply for the Barbadian grid, also with the help of IFC and Hydrogène de France (HDF).