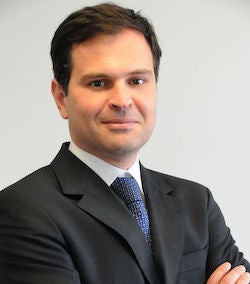 Alexandre Meira da Rosa has been appointed Chief Strategy Officer at IDB Invest, as of March 16 2021. Before this, Alexandre was Vice-President for countries of the Inter-American Development Bank (IDB) since July 2014, and previous to that, he held the position of Infrastructure and Environment Manager of IDB since July 2010. As Vice-President of countries, he was responsible for defining, coordinating and supervising an operational program, managing the programming, the formulation of the Country Strategies, the administration of the Concessional Resources and strengthening cooperation with Civil Society to advance in the development in the region. During his tenure as Manager of the Infrastructure and Environment Sector(INE), the Infrastructure and Environment sector was positioned as the Bank's largest portfolio. He led a team of 190 people in 26 countries structuring and executing approvals in the sectors of Energy, Transport, Agriculture, Tourism, Natural Disasters, Water and Sanitation, and Climate Change. Prior to his appointments at IDB, Mr. Rosa has served as Deputy Minister and Economic Adviser to the Prime Minister of Planning, in that capacity, he oversaw investments with international funding in the three levels of government and was responsible for coordinating the national policy towards MDBs. He also served as non-executive board member in large financial and energy companies in Brazil. Alexandre Meira da Rosa, has received several awards and honors by his country, other governments and peers in recognition of his public service. Mr. Rosa holds a Bachelor's degree from the Federal University of Minas Gerais, a master's degree in Economics from the New School for Social Research in New York, an MBA from Massachusetts Institute of Technology, and a Postgraduate Certificate in Finance from the University of California at Berkeley.