Financial Inclusion with a Sustainable Focus

Success stories in sustainable banking show the way for potential competitors and new players in the financial sector. And there are few cases of greater success than that of Paraguay’s Banco Familiar.

Paraguay is one of the countries with the lowest levels of access to banking services in Latin America and the Caribbean (LAC), a region where low banking penetration is a widespread problem, with only a quarter of the adult population holding a bank account in a formal institution.

In this scenario, access to credit for micro, small and medium enterprises, or MSMEs, is not particularly thriving, as regulations are as harsh in Paraguay as they are in Ecuador and Chile, but substantially harsher than, for instance, in Peru and Bolivia. 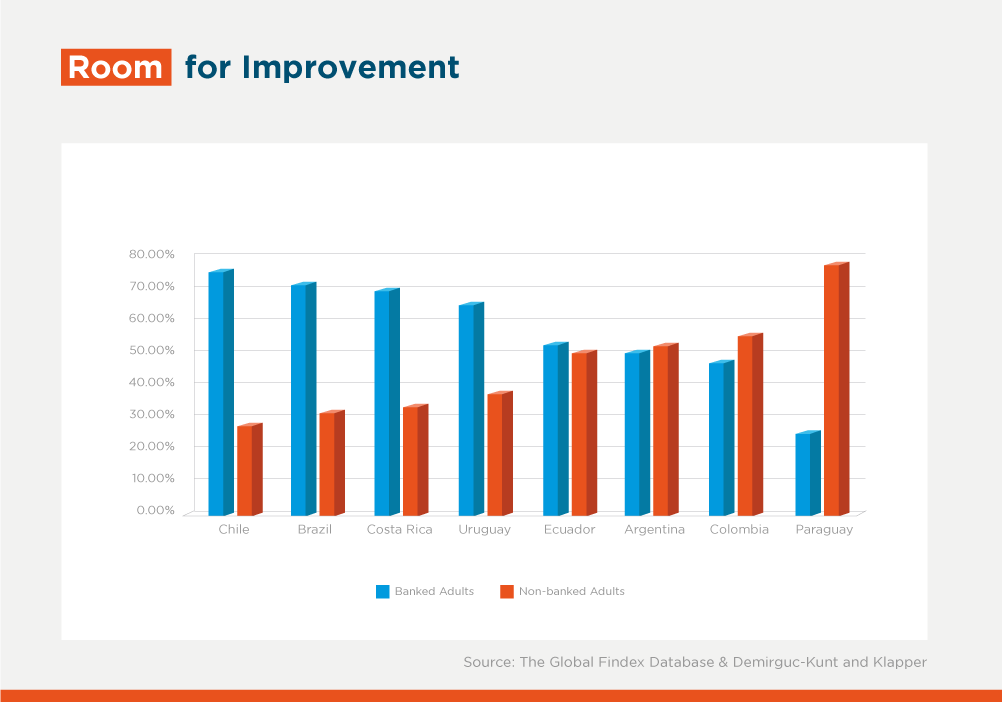 Banco Familiar, a niche bank focused on consumption loans for low-and-medium-income individuals and MSMEs, has been operating in Paraguay for over 50 years. It was founded in 1967 as Crédito Familiar and became a financial institution in 1992; in 2012, Familiar consolidated its position within the country’s financial system after acquiring financial institution Bríos. Even though Familiar holds a relatively low share in the domestic market, with 4.4% of private bank loans, it is one of top five players in the retail segment in Paraguay, mainly serving individuals and MSMEs.

In fact, the last financial inclusion report reported by Paraguay’s central bank placed Banco Familiar as the lender with the highest number of debtors who are individuals in the Paraguayan system at the end of 2021, with more than 435,000 clients of this type.

In 2017, Banco Familiar got a partial guarantee from IDB Invest of up to 6 years denominated in local currency for the equivalent of $5 million for debt to be issued by the Instituto de Previsión Social (IPS) in Paraguay.

IDB Invest aimed to support Familiar’s expansion of its lending portfolio and contributed to its positioning as one of financial institutions with the largest involvement in sustainability and impact in the country. More specifically the terms were such that Banco Familiar could expand their lending portfolio in local currency for MSMEs and offer even longer credit terms.

As part of this support, IDB Invest also monitored Familiar’s Social and Environmental Management System to include international standards and comply with the local regulations for investments in agriculture, livestock and agribusiness. This requires Familiar to satellite monitor their clients in areas with high deforestation risks.

As a result of this deal, Familiar has also joined Paraguay’s Mesa de Finanzas Sostenibles, a platform where they collaborate with other operators of the Paraguayan financial system in promoting initiatives that help develop sustainable finance in the country.

(For more on the impact achieved by Banco Familiar, see this Client Impact DEBrief).

Marielle del Valle is a Development Effectives Officer at IDB Invest. She works on the structuring, supervision and evaluation of projects with financ

Almudena Carrasco is a Portfolio Management Officer specialized in financial institutions at BID Invest, where she monitors the execution of loans, gu